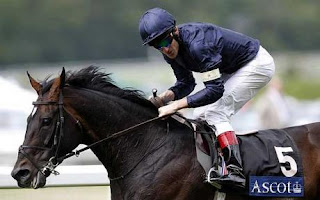 These days, Yeats, who was retired from racing in October, 2009, stands at Castlehyde Stud, Co. Cork, where he commands a stud fee of €5,000. Granted his exceptional sire, Sadler’s Wells, and his own exceptional ability, it’s no real surprise that he’s garnering a reputation as a sire of top-class jumpers.


Owned by Mrs. John Magnier and Mrs. David Nagle and trained by Aidan O’Brien at Ballydoyle, Co. Tipperary, Yeats is best remembered for winning the Gold Cup at Royal Ascot an unprecedented four times in a row, in 2006, 2007, 2008 and 2009. He was also, unsurprisingly, named Cartier Stayer in each of those years but, in a lengthy career spanning six seasons, he won 15 of his 26 races, including seven Group 1 races, and earned over £1.3 million in prize money.


Although he ultimately made his name as an out-and-out stayer, it is, perhaps worth remembering that Yeats won his maiden over a mile at the Curragh on his sole start as a juvenile and the Ballysax Stakes and the Derrinstown Stud Derby Trial, both over 1 mile 2 furlongs, at Leopardstown as a three-year-old. Indeed, he was a leading fancy for Derby proper in 2004, before injury ruled him out for the rest of the season.


When he returned, after nearly a year off, he was beaten, at odds-on, in the High Chapparal EBF Moorsbridge Stakes at the Curragh, but clearly detested the heavy going and wasn’t beaten up by Kieron Fallon once it was clear he was making no impression in the closing stages. Indeed, Yeats showed the benefit of that tender handling in the Coronation Cup at Epsom the following month, making all to win unchallenged a record his first win at the highest level. Aidan O’Brien admitted afterwards, “I might have over-trained him for the Derby last year, which could have brought on his problems, and we learned a lot from that.”


Yeats didn’t win again until stepped up to 2 miles 4 furlongs for the first time in the Gold Cup at Ascot the following June, but the rest, as they say, is history. Following his fourth, and final, win in the Gold Cup three years later, winning jockey Johnny Murtagh said, tearfully, “It's one of the greatest days of my life in racing. Yeats is everything positive about racing.”
Posted by G at 04:55