Does Stratum Deserve Another Chance in Fascinating Cesarewitch Handicap?

Willie Mullins and his team are putting the finishing touches to their preparation to run star five-year-old Stratum in the Cesarewitch Handicap on Saturday 13th October and bookmakers have high hopes, placing him at the head of a talent-laden ante-post pack.


The bay gelding impressed when winning the JLT Cup at Newbury in July, beating runner-up Kloud Gate by a convincing three lengths to land the prize money. That was a handicap race run over two miles, is there enough in the tank to improve again and battle over a further two furlongs against a better class of opposition? 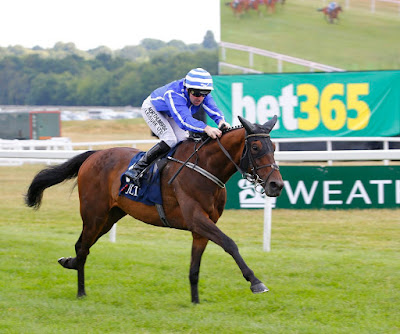 Traders certainly aren’t in a rush to oppose and eagle-eyed punters taking a look through the early prices and bookmaker offers at Oddschecker will find Stratum is currently in pole position with no bigger than Paddy Power’s 8/1 on the line. That has him four points better than nearest rival Low Sun but there is a degree of indecisiveness with most eager to keep the jolly onside, as short as 6/1 in places.

That’ll catch the attention of value hunters who know all too well backing a 6/1 favorite at odds of 8/1 is a sure-fire way to make a profit in the big meetings. Stratum is far from a convincing market leader though as he followed that win in the JLT Cup with a bitterly disappointing 12th when challenging for the Ebor Handicap at York next time out.

In a race eventually won by Muntahaa, Stratum was never in the contest as a threat to the major places, jockey Robert Winston holding his ride up at the back but finding racing room difficult to come by at the business end. Badly hampered on the rail inside the final couple of furlongs, it was obvious to those who had invested their money on him that it wasn’t going to be their day. 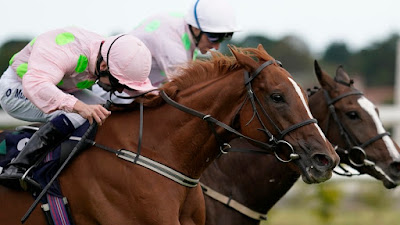 Will punters give Stratum the benefit of the doubt and have another pop or go for a runner with a more attractive price tag attached? There’s certainly a few further down the list that make plenty of appeal, including Limini at 14/1.

Another from the Mullins yard, the seven-year-old mare won at Leopardstown on her most recent appearance and was made famous when clinching the Mares Hurdle at Punchestown in February 2017, bashing odds-on favourite Apple’s Jade by two lengths.