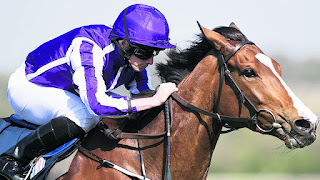 
Sometimes, names for horses can feel a little confusing. When it comes to Minding, though, it’s quite fitting: most of the time, it’s minding its own business waiting at the end of the race for other horses!


An incredibly powerful horse that has picked up a huge set of wins since 2015, its most recent being the Mooresbridge Stakes in early 2017, Minding is a modern horse of incredible power, strength and stamina. Having already formed an impressive career record and being named the top-rated three-year-old filly on the planet, Minding has become a bit of a name within the world of horse racing.


Starting out in 2015, the impressive Minding started out her racing career ridden by Seamie Heffernan at the Leoardstown Racecourse. Losing out on the final furlong of the race, it won a repeat of the race a few weeks later and thus a career was suitably established. 2015 witnessed Minding pick up its first trophy at the Moyglare Stud Stakes in 2015, followed by the Filles’ Mile and the 1000 Guineas in 2016. It quickly settled into the competitive nature of the sport, establishing a name for itself with wins at the likes of the Epsom Oaks and the Pretty Polly Stakes.


2016 seen it finish up with impressive wins at the Nassau Stakes and then the Queen Elizabeth II Stakes. So far in 2017, she has picked up a major win at the Mooresbridge Stakes – with the likelihood and the opportunity of even more to come in the future.


Now entering her four-year-old season, it’s going to be very interesting to see how she continues on along her career path moving forward. Having defeated the likes of Moonlight Magic recently, too, it’s easy to see why such a high opinion of Minding already exists.