Altior the One to Beat In King George VI Chase 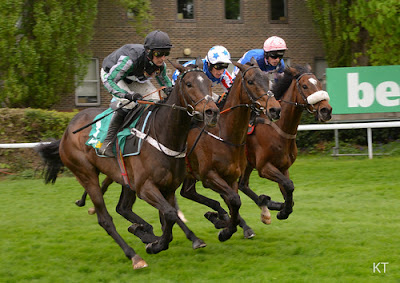 With the National Hunt season set to get in full swing in October, we take a quick look ahead to the second most prestigious chase on the English hunt racing calendar.

The King George VI Chase is second only to the Cheltenham Gold Cup in the pecking order of National Hunt chases. The Grade 1 steeplechase is run at Kempton Park over a distance 3 miles (4,828 metres) on Boxing Day each year. Horses aged four-years-old and over qualify for the event which was won by the Paul Nicholls-trained Clan des Obeaux in 2018.

The race was first held in 1937 and has produced famous stars such as four-time winner Desert Orchid and five-time winner Kauto Star. Jockey Ruby Walsh was on board for each of Kauto Star’s wins and remains the most successful rider in the history of the race.

Although the race is some months away, preparations are already underway and the stage is being set for a showdown between two of the sport biggest names. The Nicky Henderson-trained Altior has been targeted for the race and will warm up with a run at Ascot in the Christy 1965 Chase in November. There, he will almost certainly go up against Cyrname who could also line up in the King George.

Altior is unbeaten in 19 starts over jumps but has never run more than two and a quarter miles before. If all goes well, he could even take a shot at the Gold Cup next year. His is already favourite for the King George VI Chase in the early horse racing odds with ante-post prices of 5/2 available, while Cyname can be backed at 5/1.


New kid on the block

Cyrname is the new kid on the clock who will be hoping to upset the party having already excelled at Ascot this year. The handicapper has rated the newcomer slightly higher but the Christy 1965 Chase should offer some clarity on their respective credentials before the Boxing Day bash.

Altior has barely put a foot wrong in the last four years has already gained superstar status. He regained the Champion Chase at Cheltenham earlier this year to make it four-consecutive years with a festival win.

Those two races will be crucial in deciding whether Altior will go on to compete in the Gold Cup or revert back to the Champions Chase. If he can go on the claim the King George and the Blue Riband prize at Cheltenham, he will go down in history as one of the greats. But there is a lot of work to do between now and then. 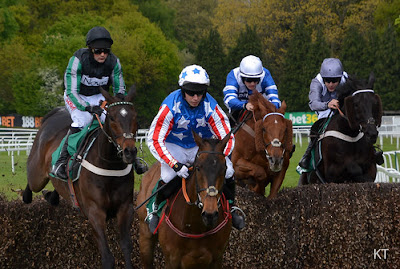 "The Pond Fence" (CC BY-SA 2.0) by Carine06
Whatever happens in November and December, the prospect of seeing these two horses going head to head during the Xmas festival at Kempton has already got National Hunt fans licking their lips in anticipation. The big question is: Can Altior make the step up in distance?