Who are the Leading Contenders for the 2019 Epsom Oaks? 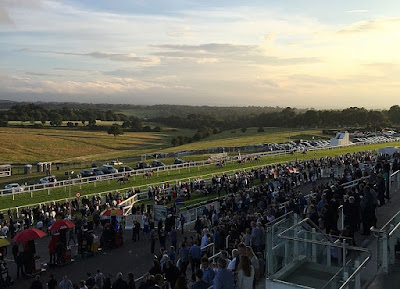 
The Oaks at Epsom Downs Racecourse is the second fillies' only Classic of the British Flat horse racing calendar.

Two trainers in particular, Aidan O'Brien and John Gosden, have dominated the 1m 4f test for three-year-olds on this undulating racetrack in recent years - winning six of the last seven renewals between them.

Ahead of this year's running of the Epsom Oaks on Friday, May 31, who are the leading contenders for Classic glory at the Surrey venue?


If the betting on The Oaks is anything to go by, then favorite Pink Dogwood is the main O'Brien hope from his Ballydoyle stables. This filly is out of Epsom Derby winner Camelot and her sire won three Classics in all back in 2012, with 2000 Guineas success at Newmarket and later the Irish Derby at The Curragh.

Pink Dogwood's damsire, meanwhile, was the prolific stallion Shamardal who landed the French Derby. As thoroughbred pedigrees go, she has the ideal breeding to get the trip.


What has Pink Dogwood done on the track, though? She got a mile as a juvenile and was unlucky to finish fifth in the Group 1 Prix Marcel Boussac during Arc weekend at Longchamp in Paris last October.

Although swamped and short of room that day so she was unable to mount a challenge, Pink Dogwood has come out and won a Listed event at Navan on her return to action over 1m 2f under a hands and heels ride in ready fashion. There is clearly more to come from her and she looks sure to feature among many experts' Epsom Oaks betting tips as a result.


The leading British contender, meanwhile, looks to be Mehdaayih. Trained by Gosden, this daughter of the mighty Frankel could attempt this trip which is something her sire never tried in his glittering career, but she'll have to be supplemented by her owner.

Any worries about her lasting this distance can be quickly belayed by the fact that Frankel was out of Epsom and Irish Derby winner Galileo. Again, such a pedigree strongly suggests Mehdaayih will have the stamina to last a mile-and-a-half.

After winning her final start as a juvenile, she bolted up by 14 lengths on reappearance on an artificial surface before returning to turf with a visually impressive 4 1/2 lengths victory in the Cheshire Oaks.

That is a key trial for the Epsom equivalent because that race distance is just over 1m 3f, and the emphatic nature of both her wins this season means Mehdaayih commands the utmost respect.


Only the late, great Sir Henry Cecil has trained more winners of The Oaks in modern times than O'Brien, and another of his leading Irish raiders is the 1000 Guineas heroine Hermosa.

She was given a bold, enterprising ride on the front end by Wayne Lordan at Newmarket when landing that Classic on the Rowley Mile. Such is the curious world of equine thoroughbreds that Hermosa is Mehdaayih's aunt as she's by Galileo out of a Pivotal mare.

Unlike some of the other Epsom Oaks contenders, she had plenty of racing as a two-year-old but is clearly bred to come into her own this year. O'Brien is already talking up an English Classic double following her length victory over Lady Kaya.

There were no excuses for those in-behind Hermosa, but the difference between the Guineas and Oaks is four furlongs - half a mile. That greater stamina test will suit some that could take her on again at Epsom better.


Like Mehdaayih, the William Haggas trained Maqsad is related to Hermosa through Galileo who is her damsire. This filly is unbeaten in two starts as a three-year-old and has already stepped up to 1m 2f when taking the Pretty Polly Stakes at Newmarket by a decisive five lengths.


She does have juvenile form from Yarmouth to turnaround with her cousin, however, and both have clearly trained on. Maqsad had her Newmarket rivals well strung out behind her, but the same can be said of Mehdaayih. It makes choosing between them tough.

As Maqsad is available ante-post at bigger odds, she represents solid each-way value and The Oaks must come into consideration for her connections now. She does have lots of options in both France and the UK.

Wherever Maqsad lines up next, and that could include the French Oaks or the Ribblesdale Stakes at Royal Ascot, her progression this season certainly suggests she is a group calibre filly in the making.
Posted by G at 17:07