The King George VI Chase is the highlight of the festive programme over Christmas in the UK and this year’s race is set to be another fantastic renewal with a strong field expected to line up at Kempton in the 3m contest. Here is a look at the leading contenders for the Grade One chase. 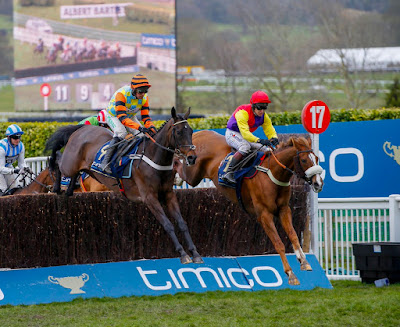 Last year’s winner Might Bite is expected to return to Kempton in December to try to defend his crown and become the first horse to prevail in the race in back-to-back years since Silviniaco Conti in 2014. Nicky Henderson’s runner had a fantastic campaign last season as he also won the Aintree Bowl and finished second in the Cheltenham Gold Cup. The nine-year-old is expected to target all the leading 3m+ chases in this division this season and connections will have the Gold Cup in mind as the priority where they will be hoping he can go one better than he did in March. Might Bite has proven that Kempton is a course he enjoys, therefore, it is no surprise that he tops the early betting for the 2018 King George.


Waiting Patiently is set to return to the racecourse after 10 months off the track when he lines up at Kempton. Ruth Jefferson’s horse was last seen when he won the Ascot Chase, beating Cue Card, Top Notch and Coney Island in a strong field for the Grade One contest. The son of Flemensfirth has won his last seven races, therefore, he has been in great form. Unfortunately for connections, he has had a number of injuries which have prevented him from running in the big meetings, including the 2018 Cheltenham Festival. Despite his long absence, Waiting Patiently is prominent at 6/1 in the horse racing betting for the King George where, if successful, he would scoop the biggest prize of his career so far. 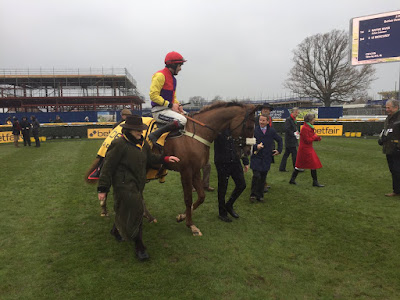 Cheltenham Gold Cup winner Native River will be looking to join a small club of horses who have won the feature race of the Cheltenham Festival and King George in the same year. The eight-year-old already has an impressive CV with victories also coming in the Hennessy Gold Cup and Welsh Grand National. Native River missed the King George last year through injury and did not make his seasonal reappearance until February where he made a winning return in the Denman Chase. A month later, Colin Tizzard’s Chaser outstayed all of his rivals in the Gold Cup. Given how the pair locked horns throughout at Cheltenham, many people will be looking forward to seeing Native River take on Might Bite once again in what could prove to be a fascinating rivalry for many years to come in the sport. Native River can be backed at 6/1 in the King George betting and he is sure to have his supporters at that price as he is officially rated as one of the best chasers in training in the UK and Ireland.

Enjoy the action on Boxing Day and good luck if you are having a bet in the King George.
Posted by G at 15:32