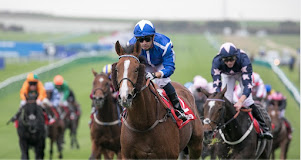 Taking its name from 'Eboracum', the Roman name for York, the Ebor Handicap is worth £1 million in prize money, of which £600,000 goes to the winner, making it the most valuable race of its kind in Britain. Inaugurated, as the Great Ebor Handicap, in 1843, the race is run over one mile and six furlongs at York Racecourse, where it forms the centrepiece of the four-day Ebor Festival, staged annually in late August. Since 2019, when prize money was increased to its current level, the Ebor Handicap has been open to horses aged four years and upwards.

Flint Jack, who recorded back-to-back victories in the Ebor Handicap in 1922 and 1923, remains the only horse to win the race more than once. The legendary Lester Piggott remains the leading jockey in the history of the Ebor Handicap, with five winners between 1958 and 1983. His quintet included Gladness, who also won the Gold Cup at Ascot and the Goodwood Cup in 1958, and Jupiter Island, who subsequently became the first British-trained winner of the Japan Cup, in 1983. Other notable winners of the Ebor Handicap include Sea Pigeon (1979), who went on the win the Champion Hurdle at the Cheltenham Festival twice, in 1980 and 1981, and Sergeant (2005), who completed a notable treble by winning the Northumberland Plate, Ebor Handicap and Cesarewitch Handicap in the same season.